Employee Engagement – All About Pride

CONFORMITY at a COST 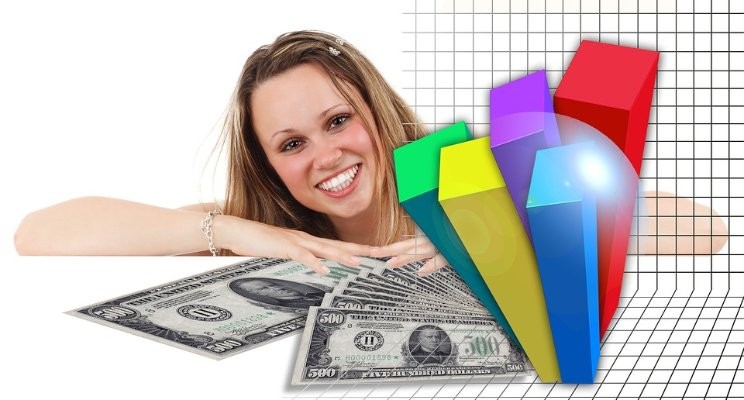 The managements of most mid-sized retail corporations today are plagued by a common problem that is increasingly calling for their attention. And that is the ‘performance and engagement’ of their store salesmen at the point-of-sale (POS), the storekeepers and in general the store assistants who are manning the front-end of their businesses.

This is quite a catch 22 situation for any mid sized company! One, they are forced to slash their prices down to the lowest possible to beat their competition and maintain the lowest margins in order to capture the volumes. Two, all this obviously translates to lesser pay structures for their employees, predominantly for those at the lowest levels. Three, these companies are forced to compromise on ‘quality’ while inducting their employees. Four, at the same time they are expecting that those very employees will display utmost sincerity and a high degree of discipline in order to ensure smooth and seamless operations at the back-end and manage high customer satisfaction ratings at the POS.

So largely the HRM issue as understood by the people in that industry is that of dealing with the behavioral inconsistency of a store assistant that slowly creeps in over time. Obviously this store assistant is constantly under a lot of pressure as he/she is getting paid lessor than many other big sized companies (which is surely playing on his/her mind), but at the same time he/she is being pushed to deliver and perform at a much higher level than his/her counterparts in those companies in the very same industry. Also, the management’s constant endeavor to ensure a highly regimented and an unfaltering, strict process driven behavior (as they have to by default focus on efficiency to remain in the competition). Thus the relentless demand for a great amount of sincerity and discipline in the store assistant’s actions with all tasks at hand. This is the standard scenario and by far one of the most critical HR issues of almost any mid sized retail corporation.

Well! To my understanding the way out is definitely NOT by possibly trying to change behaviour at the level of behaviour itself, or in trying to make a person or a professional change his/her action by directly addressing the action itself. Also, trying to motivate a person (talks / awards / incentives / etc.) to act and behave in a certain way would also be a futile exercise as the effect would diminish and dilute within a certain amount of time. That is where the ontological model proves to be completely effective! And it is something that is even incorporated into the ethos of most armed forces training academies across the world, which produce highly disciplined, consistent and process driven professionals in large numbers.

The under-lying principle to address this issue is that, if one can change the ‘meaning attached to the job‘, in a sense ‘the meaning that allows for a certain way the job is being perceived by the person‘, to one that has a context that can be internally compelling and value based for that person, then his ‘action will automatically change and align‘ to that desired by the organisation. And further there would be NO effort or intervention required to directly try and change the person’s action or behavior.

This is achieved from understanding and accessing the source of one’s action and behavior. Unfortunately, psychological methods of motivation, awards, incentives and acknowledgement do not access the source of one’s action and behavior. It only has the attribute of bringing about a certain amount of ‘predictability’ in one’s action. Purely depending upon the worthiness that the individual attaches to that motivating factor. Also, when one constantly derives from that ‘which is appealing’ about the activity, the worthiness of that activity diminishes as time goes by. Hence, the dilution in the sincerity of action in that process/ activity. This is the reason why organisations constantly egg their HR and T&D teams to keep innovating different motivational methods to ensure that their employees keep performing. But sadly, that is a very limiting and a myopic model of performance management.

On the other hand the armed forces (and probably a few corporations too! for eg. NORDSTROM Retail Company) groom their personnel to operate, act, behave and express themselves out of a deeper connect to intangible attributes, like for eg. integrity, loyalty, honour and pride. When actions get generated from a core that is driven by such strong values, then automatically the resulting behaviour is not only going to be highly disciplined and consistent to what is expected of them, they are even capable of generating extreme behaviour like sacrificing ones’ own interests over the organisation’s requirements (including sacrificing their lives) just to be in alignment with the core values that they and the organisation identify with.

It can therefore be inferred that if any retail organisation displays disciplined action and consistency in behaviour of a very high order at the level of store assistants, then it is definitely being driven by an organisational ethos and culture that runs very deep in terms of core values. It also means that the leaders at every level in the organisation including the store managers’ are leading the way by example. The day to day actions’ and behaviour of the store assistants are then a natural outcome and is consistent to and are just a function oftheir sense of belonging and deeper connect to the core values of the larger organization and their leaders.

When an organization can get all their employees including their store assistants’ to feel that kind of pride about ‘who they are’, that is when this problem will cease to exist.

During our intervention with a few organisations the facilitators at Innerlegend challenged and brought to the foreground and made the members aware of their existing deeper connect they felt with various other members and their organization. The facilitators then through a series of intense conversations created an empowering core shift in the internal dialogue the team members had about each other and their organization. Some of the immediate effects that were observed in the months that followed were as follows:

At INNERLEGEND we enable the issue of employee engagement by helping employees at all levels improve their sense of belonging and establish a deeper connect to the core values of the larger organization and their leaders.

Click here to see what our clients have to say @